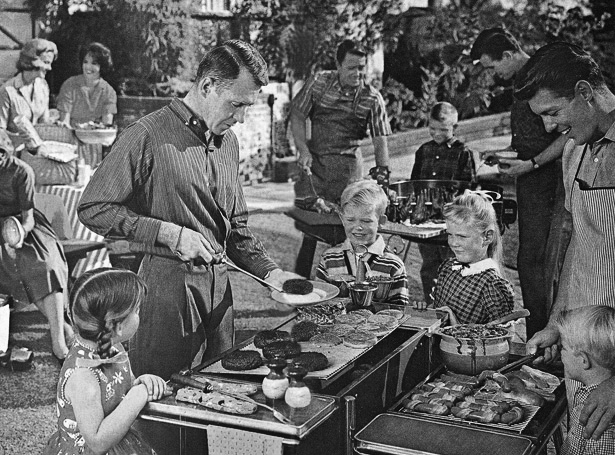 A million years ago when I was a kid, my siblings and I gave our parents a fancy barbecue grill for Christmas. While skeptical at first, my father grew to love cooking on it. Our memories of him in the backyard cheerfully cooking thick, juicy burgers over an open flame must have been resonating in our collective consciousness when we opened The Vortex​. Back in those days there just weren’t many places to get great burgers in Atlanta, so we decided that serving a flame-grilled burger, just like the ones our dad used to make for us, would be a good move. As it turns out, we were right.

Now twenty-three years later there seems to be an over-abundance of burger offerings in our city. Many of the new places use a flat-top griddle (or frying pan) as their chosen cooking method. It’s easy to understand why. it’s faster and easier, and picking a “cooking temperature” is generally not allowed. It streamlines the process. Both flame-grilling and pan-frying rely on the “Maillard Effect” for creating much of the flavor. This is a complex series of reactions between amino acids and reducing sugars in the meat, in which hundreds of different compounds are created. While technical, it is a very tasty effect. But the addition of that distinctly “charred” flavor-profile can only be attained through the use of fire.

As an experiment, we took a Vortex burger patty and slapped it on our flat-top griddle. Then we tasted it side-by-side with a second Vortex burger patty cooked over an open flame on our chargrill. The difference in flavor created by these two cooking methods was more subtle than I would have imagined, but it was still apparent. I can’t say one is better than the other, because of course they’re both good, just somehow different. Since we are the Godfather of Atlanta’s burger culture, and because we’ve always tried to provide our fans with a variety of tasty options, we decided to add a couple of these griddled “Old-School” burgers to our menu.

Beginning today, you can now order our “Retro Diner Burger” and “Ultimate Patty Melt.” They’re both really good, and a fun departure from our staple flame-grilled Vortex burgers. We have always believed that variety is a good thing. Some people might think that serving a pan-fried burger at The Vortex is some sort of burger-blasphemy. But if my dear pops were around today I have no doubt he’d be happy to give one a try, and I know he’d approve. After all, a tasty burger is a tasty burger regardless of how you get there.