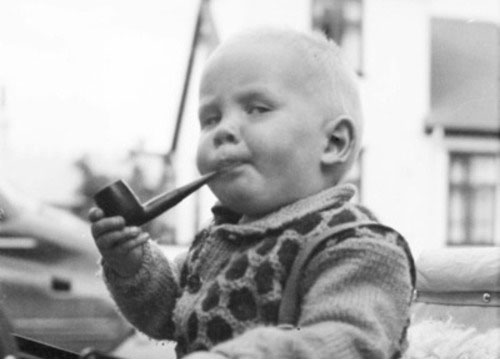 Before my siblings and I opened our business, we thought, “what would be better than going to a job everyday?” The answer was obviously, “going to a bar everyday.” We really like bars. And we didn’t want to get jobs. So we opened The Vortex back in 1992, as a secret hangout for ourselves. Perfectly logical, right? The original location was a tiny hidden treasure. My brother, sister and I made up a majority of the staff, and once we opened for business, we immediately began having way too much fun.

Being the freedom-loving folks we are, we didn’t implement any age restriction when we opened. If people wanted to bring their children to our bar, we didn’t see any problem with it. So back in the early days you could often find big plastic baby-carriers, filled with actual live babies, sitting right up on the bar-top of our smoky little corner pub. Being new to Atlanta, we assumed bringing babies to bars was just some quaint ”southern” custom we hadn’t heard about. And maybe it was.

Eventually we realized we were naive about babies. An “all-ages” policy for a bar was a bad idea. Over the years, too many clueless mothers and fathers allowed their demon spawn to terrorize everyone, including us. When parents began chastising us about how inappropriate our bar was for their little angels, our reply was usually something like, “Then maybe you shouldn’t be bringing your kids to a bar.” I mean seriously, not everything is right for everyone. And babies really don’t belong in bars.