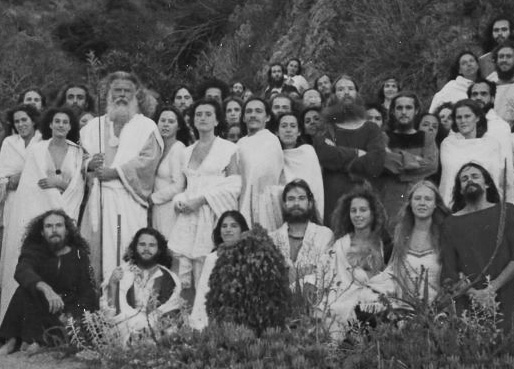 I often do things on a whim. Like my new year’s resolution. I decided not to shave, or cut my hair, for all of 2015. Why? Mostly because I’ve never done it, and I was curious to see just how long my beard would get. Besides, it seems like a fairly low-maintenance option. I like low-maintenance. It’s also kind of ridiculous. And I like ridiculous even more. But that’s it. That’s all the thought I put into this hairy scheme. I’m just surprised how many people want to share their opinions about it with me, especially since I didn’t ask. And I don’t really care what people think. Ever. About anything.

Of course my friend Hollis has been very vocal with her opinion. She claims my ever-increasing facial hair basically amounts to self-inflicted “chick repellant.” Since I’m married to the most awesome woman in the universe, this wouldn’t matter to me, even if it were true. But I countered with the observation that I’ve received quite a few compliments from young ladies who work at The Vortex. “Of course they’re going to compliment you!” Hollis snapped back. “You sign their damn paychecks, you retard!” I suppose she could be right, although I thought sucking-up to the boss had become a lost art.

Taking her harassment a step further (as she often does), she posted a picture of me, on my own damn Facebook page, along with the following query, “FEMALES: Michael thinks his new look is rockin’ with the chicks. I think he looks like Randy Quaid and should shave his adorable face. What do you think?” She followed-up by posting additional photos of Randy Quaid, Saddam Hussein and an obviously insane Howard Hughs wearing a diaper. The replies she got (from her followers) were the expected comparisons to Santa, Hobbits, Snow White’s dwarves, a demented Papa Smurf, Charles Manson’s happy brother and Sasquatch, along with a nice assortment of comments about me looking old, dirty, smelly and homeless.

Being a gentleman, I will not comment on the physical attributes of any of these negative posters. But I’d like to point out that a recent study conducted by the University of Western Australia unequivocally concluded that beards enhance male sexual attractiveness to females. Sure, the study was conducted mostly with monkeys, but that’s beside the point. The matter at hand is a much simpler one. When I say I’m going to do something, I do it. So on New Year’s Eve, I’ll be deciding what to do with my (then) one-year-old beard. But since my plans for retirement include starting a cult, and all the best cult leaders have awesome beards, don’t be surprised to find this hairy persona sticking around for awhile.