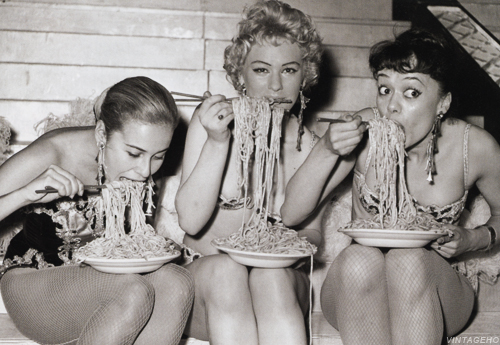 I once butchered an entire pig to make my own tasty bacon, sausage and pork chops. And it was a really cute pig. So I think I could have become a chef in an alternate universe. But instead I own a bar that many people consider a restaurant. Sure, it’s just a burger joint, but we serve some pretty damn good burgers. My wife and I also own the best Mexican restaurant in Atlanta (Yeah, in my humble opinion, the best by far). Hell, my retirement plans even include organic farming and animal husbandry. In spite of all this, I would never refer to myself as a “foodie.”

When people label themselves it often ends badly. Back in the 1980’s, “young urban professionals” began referring to themselves as “yuppies.” That’s a true story, kids. The word began as an acronym to describe upwardly-mobile, under-40s who were not ashamed to flaunt their success. It was a badge of honor. But eventually their attitude became viewed as elitist, because it fucking was. Now the term is considered derogatory. People don’t call themselves yuppies anymore.

So when will this happen to “foodie?” People continue to use this label proudly, and it always makes me cringe. We’re currently living in the “Age of the Foodie.” It seems all the interconnected corporate machinery is conspiring to get Western civilization to eat itself stupid. Food channels are rife with “celebrity” chefs who hawk their wares in trendy specialty shops and supermarkets. Super-exclusive (and super-expensive) restaurants dot the landscape from N.Y. to L.A. and back again. And all this malarkey continues to be the subject of hyper-polished profiles in fashionable magazines, eventually leeching out into the darkest nether regions of the internet, which by now has been completely overrun with food bloggers. Please. For the love of God. Make it stop.

First, the label is divisive. But that’s by design. The terminally self-aggrandizing like it that way. It represents undeniable evidence of their sophistication and superiority to the unwashed masses. There’s nothing wrong with enjoying good food, or even getting excited about a particular chef. But you don’t have to be an obnoxious jerk about it. The self-proclaimed foodies of today are the same as the self-proclaimed yuppies of yesterday. They’re just practicing an updated version of elitism and exclusion. And enjoying good food should never be about exclusion. More than anything else, what I appreciate about food is how a thoughtfully prepared meal can bring people together. I really love good food. No label necessary.