Back in 1991, Michael Benoit was working as an artist in his hometown of Los Angeles when he realized it was time for a change. While taking a two-week driving tour of the Southeast, he visited Atlanta for the first time. In those days, Atlanta was a young, affordable city with a spectacularly thriving nightlife. “Last-Call” was made at 4:00 am, and just in case you still weren’t ready to go home, there were several 24-hour clubs operating around town. It also seemed like there was a strip club on every corner. Michael was sold. He went back to L.A., packed up all his belongings and hit the road for Georgia.

As it turned out, his brother, Hank, and sister, Suzanne, were also ready to bid farewell to Southern California, so Michael was soon joined in Atlanta by his two siblings. The three of them all shared a small ranch-style house in a blue collar neighborhood. Since they wanted to create a little fun for themselves in their newly adopted city, they decided to pool their meager resources and open a bar, instead of seeking gainful employment. After all, hanging out in a bar every day seemed like a lot more fun than going to “work.” So, they rented a little underperforming pub on the corner of West Peachtree and 11th Street in Midtown and started sprucing the place up. At the time many people advised them that the area was somewhat “undesirable” and that they were “crazy,” but the trio forged ahead with their plan, mostly because they didn’t know any better.

In Michael’s previous life as an artist, he would often illustrate comics in which he would incorporate the word “Vortex,” just because he liked the sound of it. When suggesting they use this as the name of their bar his siblings agreed that it made sense. After all, their intent was to welcome as diverse a group of people into their bar as possible, so their tag line became, “Get Sucked Into The Vortex.” Additionally, because they opened the bar on a shoestring budget, they filled it to the brim with kooky, eclectic décor they had scavenged and restored, or that had been donated by friends and patrons. Everything, it seemed, would be getting sucked into The Vortex. When creating the first T-shirt for the bar, they included the following definition on the breast pocket, along with their logo, to further explain their logic.

vor·tex noun (vȯr-ˌteks) plural: vor·tex·es or vor·ti·ces
1. Any whirling mass in which a force of suction operates.
2. A place, activity, situation or way of life regarded as irresistibly engulfing.
3. A state of affairs likened to a whirlpool into which one is irresistibly drawn.
4. A terrestrial energy point said to enhance spiritual healing and foster psychic enhancement.
5. A doorway or portal into an alternative dimension.
6. The coolest bar in the galaxy.

The siblings opened the original location on April 20, 1992, and personally welcomed each and every new customer that came through the door. They were working all day every day, performing every chore required to keep the bar running, but they were having a lot of fun doing it. Since none of them had any previous experience in the hospitality industry, they were surprised when they encountered their first rude customer. Since their philosophy was that everyone should just be nice to one another, the people who were NOT nice were regularly tossed out of their bar, often physically. This garnered the siblings a certain degree of notoriety for their unconventional approach to customer service. Their big personalities and offbeat sense of humor became hallmarks of the new bar. They had succeeded in creating a cool, secret hideout for themselves that the locals seemed to love too, and their business prospered.

In October 1995, the owner of a local vegetarian restaurant was enjoying his big, juicy Vortex burger when he asked the siblings if they would be interested in taking over his business in Little 5 Points. Since they had only secured a 5-year lease in their original space, they decided expansion to this eclectic neighborhood seemed like a logical choice. After all, they were enjoying the bar business, so they negotiated a deal and set about the task of transforming a long-neglected hippie restaurant into a second Vortex location. The final touch of the renovation was adding the 20-foot high “Laughing Skull” facade, which has since become an Atlanta landmark. They opened the doors to the Little 5 Points Vortex on July 21st, just three days before Atlanta’s 1996 Olympic Games began.

At the 5-year mark, the tiny original Vortex in Midtown was packed to capacity every day. In order to deal with the drastic increase in business, the partners realized that a move was necessary. They found a larger space in a newly renovated loft building just a few blocks away. Many regular customers were sad to see the one-of-a-kind little gem relocate, even though they understood it had to be done. In a spectacular show of support, a group of their loyal friends and patrons showed up to help them make the move. It was an impromptu party that turned into a parade. All of the furniture, fixtures and décor was moved from its original location to its new home, in a rag-tag convoy of cars, pickup trucks, vans and even motorcycles. That’s how The Vortex-Midtown relocated to 878 Peachtree Street, over the course of a single weekend (from Friday the 7th through Monday the 10th), back in November of 1997.

Back when the siblings began this adventure, their initial concept was to open a bar, and a bar only. But once they realized high-quality burgers were a scarcity in Atlanta, they decided to create a selection of big, delicious “Vortex Burgers” to offer to their hungry patrons. These burgers were an instant hit, and the bar soon began winning “Best Burger” awards in local publications. In addition to their burgers, they also began offering pub-style sandwiches and some really ridiculous bar snacks. More accolades followed, including awards for “Best Beer Selection,” “Best Neighborhood Bar,” “Best Overall Liquor Selection,” and “Best Bar Food.” The success of The Vortex over the years ultimately gave rise to the proliferation of burger options now available in our city. In fact, The Vortex is often referred to as the “Godfather” of Atlanta’s burger scene. And why not? They’ve been serving Atlanta’s best burgers and booze since 1992.

It’s been a long time since the siblings quietly opened their tiny corner bar to the public. Since that day, the two existing Vortex locations have become Atlanta institutions, each with a diverse, friendly staff and an exceptionally loyal clientele. And as long as their loyal clientele is happy, the siblings are happy. The Vortex’s award-winning food, extensive selection of booze and lively, non-conformist atmosphere keep their loyal fans coming back for more. The authentic, no-frills, no-bull attitude of this little family business still seems to be what a lot of folks are looking for. 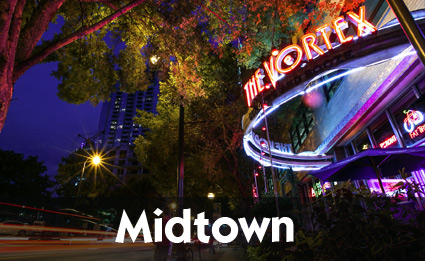 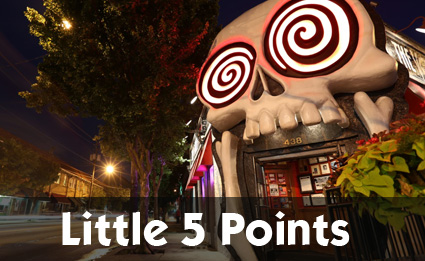 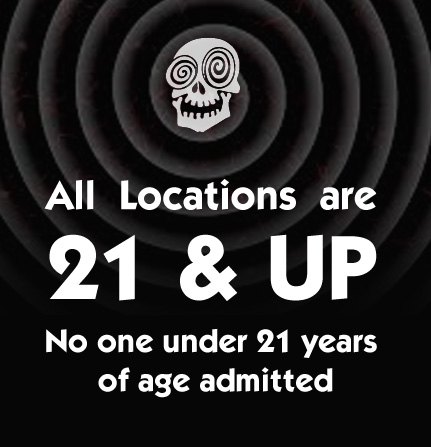