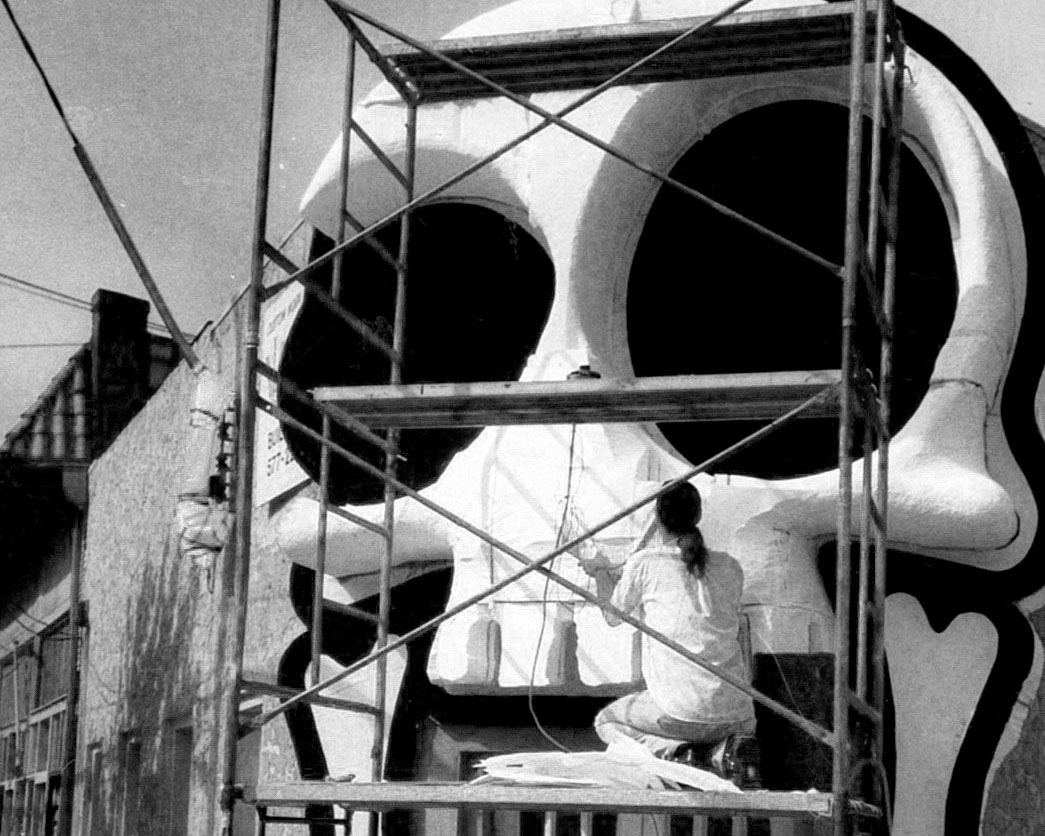 Eons ago, my siblings and I escaped from Los Angeles and settled in Atlanta, with no jobs, no money and no previous bar experience. So we decided to max-out our credit cards and open The Vortex Bar & Grill. Sure, that seemed legit. Since the three of us were most of the staff, we worked ridiculously long hours, doing everything that needed to be done to keep the tiny joint open. But it was all good. We were having a blast, even though none of us had any idea what the hell we were doing. We also found that Atlanta was a very friendly town – way more so than LA. That’s why it was so easy for us to happily welcome everyone who managed to find our little bar. Being on-premise all day, every day, our regulars became an instant social circle of new friends for us, many of whom we still remain close with today.

Lots of patrons would tell us they’d heard good things about us from their friends. Visitors to Atlanta would often let us know they ended up at The Vortex after asking their cab driver to take them to a favorite local bar. Hotel concierges liked to recommend us because their guests would always report back that they had a good time. The direct feedback we got was often, “they said you guys were crazy.” The Vortex began to regularly appear on “must see” lists of many Atlanta tourists. And all of these personal interactions happened long before social media existed. Back in those days, real-life was better than Facebook, and you didn’t even need the stupid internet.

Five years later, we opened our second location in the offbeat neighborhood of Little 5 Points. This area was the creative epicenter of Atlanta at the time, so I decided to turn the front door of our bar into an over-sized sculpture of our “Laughing Skull” logo. The concept was based on the roadside attractions and carnival rides that I remembered fondly from my childhood. I built it over several weeks, climbing up and down a rickety old scaffolding in the oppressive Georgia heat. I lost track of how much Gatorade I had to drink to keep from dying.

This giant piece of folk art seemed to strike a chord with a lot of people and has since become something of a local attraction. Tourists and residents alike photograph themselves in front of it every day. It has also been featured in television programs, music videos, even in a popular video game. Many local artists have included it in their paintings, drawings and murals. It has even been used on promotional materials for the Atlanta Hawks, in the graphics on the side of Google Fiber Trucks, and on coffee mugs sold by Starbucks. Yeah, I’d say the Laughing Skull is one of Atlanta’s quirkier landmarks.

This coming Saturday, The Vortex will celebrate our 27th Anniversary. That’s not too shabby for three kooky kids who had no idea what they were getting themselves into. Whatever the reasons may be, we’ve been fortunate to have been embraced by a large, diverse group of wonderful patrons over the years. The bar business is highly competitive, and we’ve seen a lot of places come and go. In heartfelt appreciation of all of the good fortune and all the good times, we remain committed to keep on doing what we do, for all the beautiful people that love what we do. It’s just that simple. We are proud to be one of the truly authentic elements of Atlanta that helps to make our city so dynamic and fun. And even if we are just a tiny piece of that authenticity – it still is quite an honor. Thank you for 27 lively, priceless years. It’s been quite a ride.