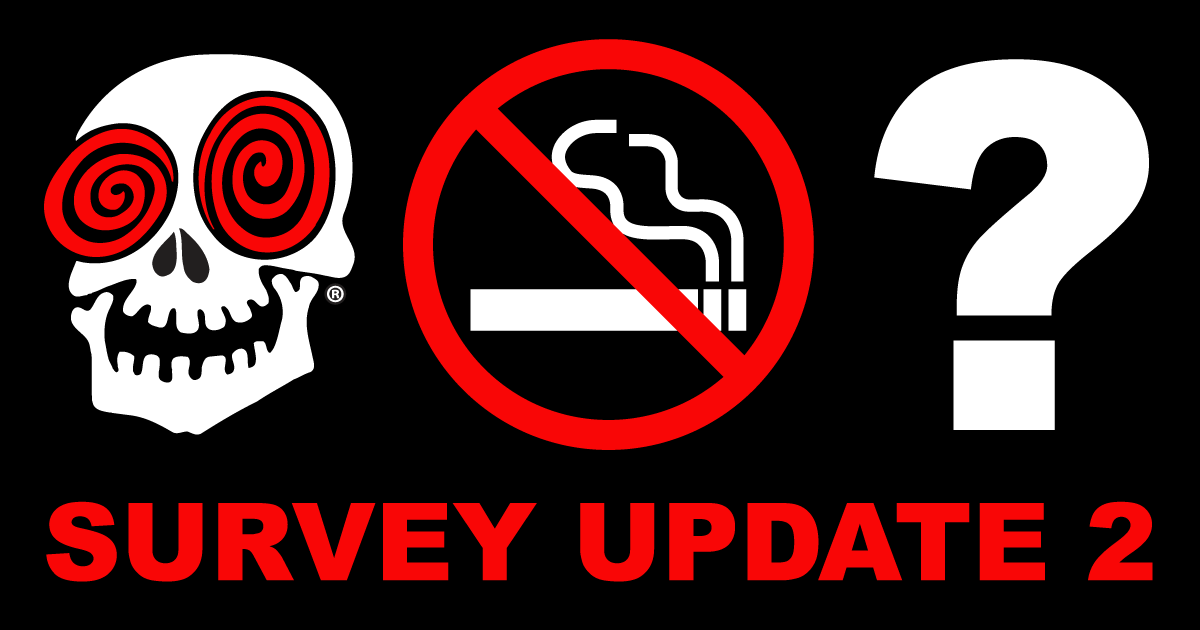 The Vortex Smoking Survey will be active until 12 noon on Thursday January 31, 2019. So, don’t miss your chance to let us know what YOU think. If you haven’t done so yet, CLICK HERE to take the survey. I know I said my last Smoking Survey UPDATE would probably be my ONLY update, but I continue to be amazed by how helpful our faithful fans are. Less than seven days into this survey and over 10,000 people have already taken it. We’ve got three weeks to go. If this keeps up, who knows what the final count will be?

● CLARIFICATION
To be clear, this survey is about our smoking policy ONLY, and nothing else. We have been getting a lot of replies that basically say, “I don’t care what your smoking policy is, but for the love of god, don’t start letting kids in The Vortex.” Be advised, if we do change our smoking policy due to the results of this survey, it will not affect our age restriction. The Vortex will continue to be a bar designed for adults. I just wanted to put that out there to alleviate everyone’s obvious concerns. 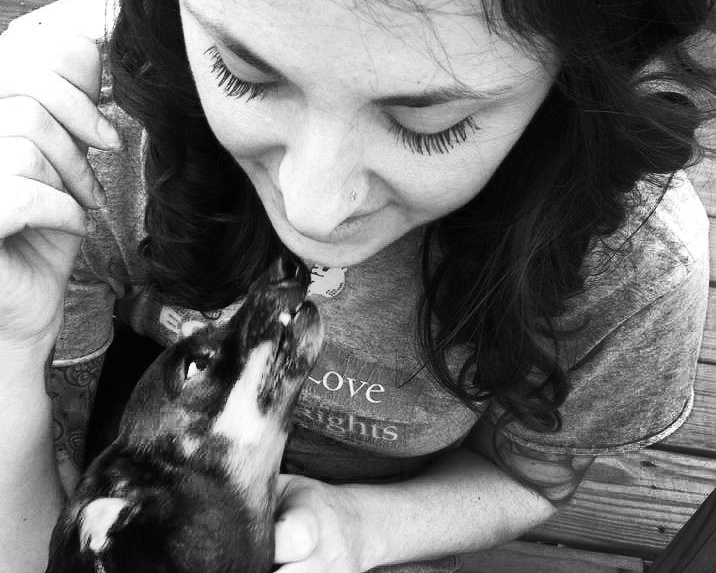 The universe really threw me a curveball back in 2005 when Hurricane Katrina destroyed both my apartment and my place of employment. I knew it would be a long time before New Orleans recovered, so I hit the road for Atlanta with only a duffle bag full of clothes and my faithful mini-dachshund, Pea. The trip was a leap of faith. I didn’t know anyone in Atlanta, and had no idea what the future would hold for us. But Pea was optimistic. Due to our limited resources I began looking for a job on the very day I arrived.

I will never forget the first time I walked into The Vortex on Peachtree Street. My attention was quickly captured by two hot girls dancing in a go-go cage. They were helping raise money for victims of the hurricane. And when they flashed their titties, I was pretty sure that I’d found my new home. I instantly filled-out an application and left it with the bartender. Before I was even one block away, I got a phone call from the manager. I turned around, went back in for an interview, and was hired on the spot. I think the go-go girls may have put in a good word for me.

In my mind it seems like that all happened yesterday, but the truth is I recently celebrated my 13th anniversary at The Vortex. Many anniversaries have come and gone over the years without me giving them much thought. But for some reason this one gave me pause. The reality is very few people stay at any job for 13 years these days, especially in the service industry. So what is it about this place and these people that is so special? I recall a conversation I had with one of the owners about why he and his siblings originally opened the bar. He said, “We wanted to create a fun place for people to hang out with their friends and family. What we didn’t anticipate is that our staff, and our regulars, would literally become an extended family – even if a slightly dysfunctional one.”

Working in a bar is not always glamorous. In fact, it’s often made up of long stretches on your feet with no breaks. But I’m not complaining, because I know just how much I have to be thankful for. The Vortex has given me the freedom, and the means, to create an amazing life for myself. Over the years, I’ve partied like a rockstar, attended countless concerts, met celebrities and traveled to all sorts of exotic places. I’ve been involved in photo-shoots, co-hosted a podcast and even helped film a pilot for a reality TV show. I’ve been able to buy a house, cars and a condo, and most importantly, I’ve been able to keep all my dogs living the lifestyle to which they have become accustomed.

In addition to those wonderful opportunities, I remain mindful of the fact that many of the people I’ve met along the way are a big part of what has made my life so sweet. I’ve been to countless weddings, funerals, back yard barbecues and holiday celebrations with these fine folks. I have even collected a bunch of surrogate nieces and nephews over the years. I have received so much love in my life from this band of misfits that I can say without a doubt, they have truly become my extended family, even when they get scattered around the world.

With my lengthy employment, the sad fact is that sometimes these people leave us. On the night before my 13th anniversary I had a very vivid dream. I was working behind the bar and there was Barney, a longtime regular of mine who had passed away about the same time last year. He was sitting at his usual spot, drinking his usual Budweiser and giving me a great big shit-eating grin, as if to say, “yeah, I may be gone, but we both know this is where I really belong.” Damn right you do, Barney. And the same goes for me and all of my Vortex family.