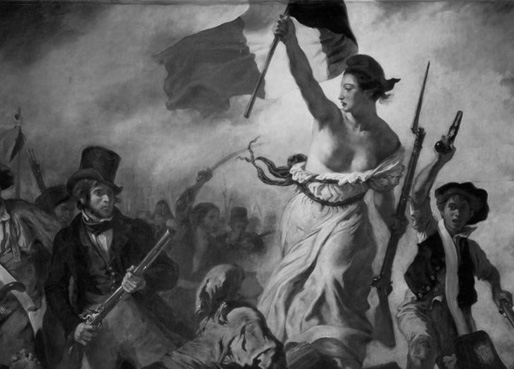 Men are allowed to walk around barechested in public. All men. All the time. They can just whip off their shirts whenever they feel the urge, even if they’re sporting an impressive set of double-D manboobs. Women do not generally enjoy the same right. And in the few places where it’s legal for women to go topless (like New York City), they still run the risk of being arrested for indecency. Total bullshit, right? I’m not the only one who thinks so. An actual movement has grown up around this issue. It’s called, “Topfreedom.” Once a movement has a name you know it’s official.

In 2014, filmmaker Lina Esco released a movie called “Free The Nipple.” It received a rare NC-17 rating because there was a lot of chick nip in it. Why is the female nipple still taboo when gratuitous violence and bountiful man nipple are perfectly acceptable in movies? It’s not even the exposure of boobs that’s the problem. Cleavage, side-boob, under-boob, even entirely exposed breasts with pasties covering the areolas are all perfectly legal. It’s just that pernicious little lady nipple causing all the trouble.

At this point, you may be asking yourself, “So what do aliens think about this situation?” Well, the spiritual leader of the Raëlian movement believes, among other things, that the human race was created thousand of years ago by scientists from outer space, and we continue to be visited by UFO’s to this day. He also thinks women face unjust censorship with regard to their upper lady bits, so he founded “GoTopless.org.” Due to the fact that American women earned the right to vote on August 26, 1920, GoTopless.org now holds their annual demonstrations across the country on the Sunday closest to this date.

So mark your calendars, defenders of freedom. This year, the official “Go Topless Day” will fall on Sunday, August 23rd. The demonstration in Atlanta will be held at 2:00 pm in Woodruff Park, downtown. According to the “Boob Map” posted on the group’s website, Atlanta city officials intend to arrest any woman who protests topless. Well, sometimes you’ve just got to take a stand for what is right, without concern for the consequences. So I’ll be there, doing my part to help free the nipple. And if I happen to end up in a jail cell full of topless women who believe in UFO’s, I will gladly accept my fate. Some things are worth fighting for.